The purpose of this page is to collect proposals for the Document Freedom Day 2012. It includes posters, proposals for material to be used for communication, etc. Please contribute by adding new material or by letting us know your opinion about the existing one via email DF-Coordination@documentfreedom.org .

We thought about some non-bothering + intriguing way of distributing the idea of open standards and came up with this. We would love hear your take on this and suggestions. We could produce some very interesting, sometimes funny, sometimes sad, but catchy, pictures from our daily lives picturing the negative effect, which use of non-open standards could have for us. e.g. Picture of grandmother crying because she can not read her dairy which was written in the non-open standard form few years later. The picture would be accompanied with some appropriate slogan, such as ´Would you be able to read yours?´ .. slogan and picture should catch the attention so reader would also read a text in right corner, which explains in few words (one or two lines) what it is about. others, student can not make his school assignment, business person can not migrate to other provider, etc. Another suggestion are catchy stickers, such as "Close-standard documents die younger" in the form of cigarette box warning. We would also like to direct people to some guide on how to use it in their daily life to avoid all this problems in future (e.g. url or giving out bookmarks with some instructions). We would now need your help in finding interesting pictures, making up interesting slogans or texts. We could use either pictures licensed e.g. under appropriate Creative Commons license, or make them ourselfs.

We could approach street art artists asking them to produce some interesting street art for us on the theme of open standards. I was thinking of sth. like this

I would therefore suggest to contact street art artists, pitch them the idea of open standards and ask them if they would participate.

We could possibly reimburse their costs of the street art.

Later, we could produce a pictures of this street art so we deliver the message even further via viral channels. 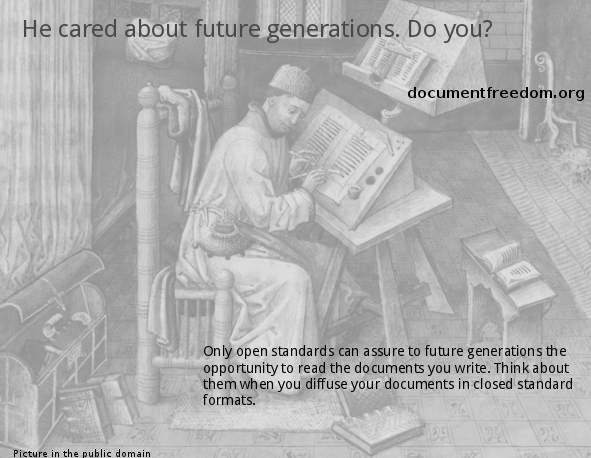 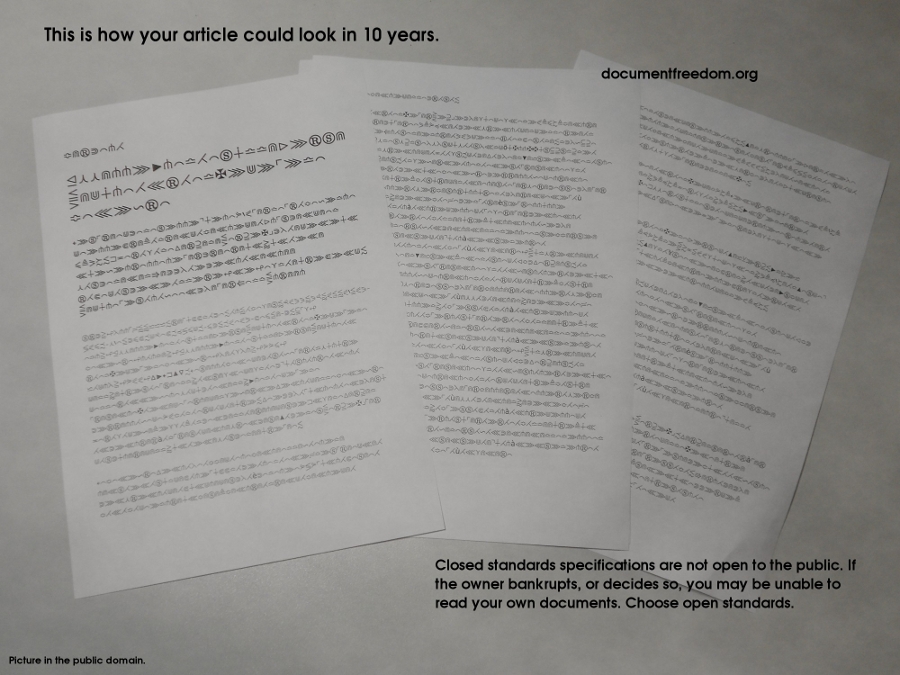 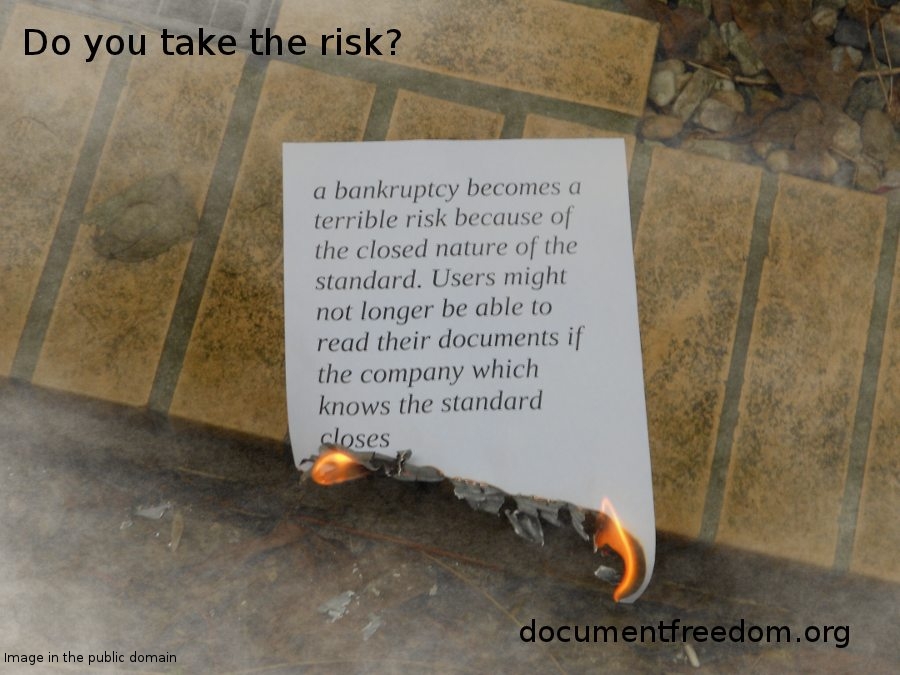 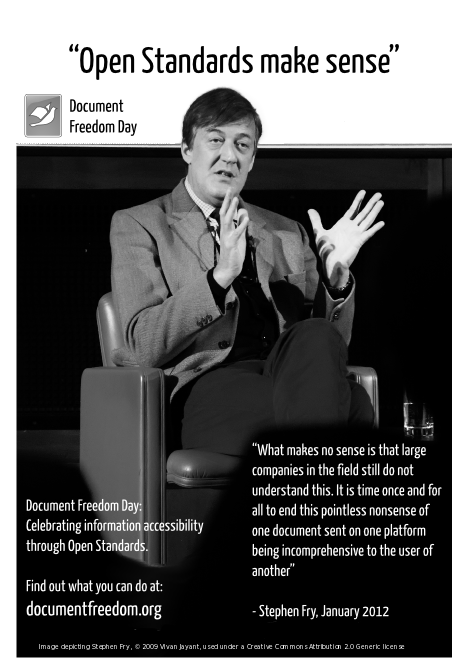 This is a document you can read in future. Does that apply to your digital document, too? Read URL 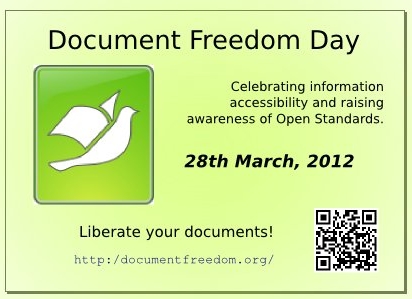 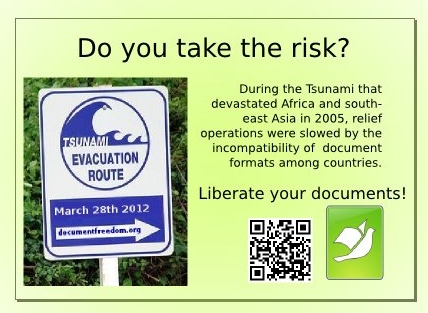